Indigenous history of the Haberfield area 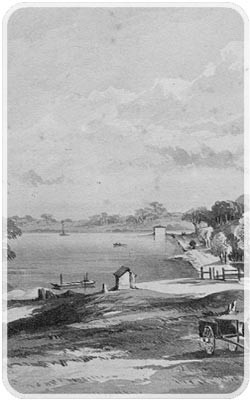 It is widely acknowledged that prior to European settlement the traditional owners of the Ashfield Municipal area were Aboriginal peoples from the Eora (Darug) group. The Eora group consisted of  smaller groups or ‘bands’.  Eight bands have been identified along the Parramatta River.  Two of these eight bands, the Cadigal and Wangal, most likely lived in the area that now makes up the Ashfield municipality (Ashfield Council, 2009).

Aboriginal people lived along the Cooks River for thousands of years prior to European arrival. They had developed an enormous body of knowledge and skills to harness the resources provided by the river and surrounding lands. This included trapping birds and animals, exploiting fish and shellfish, gathering plants, removing bark from trees to create carrying dishes and canoes, making use of sandstone shelters for occupation and the creation of art.

Return to top of page

We would like to pay our respects and acknowledge the traditional custodians of the land and also pay respect to Elders both past and present.

Copyright for this website is owned by the State of New South Wales through the Department of Education. For more information go to https://www.dec.nsw.gov.au/footer/copyright.